The sculptures were shown at Nilufar Gallery as an exhibition called Some Vibrant Things during Milan design week.

French designer Audrey Large took cues from digital forms to design a collection of 3D-printed sculptures that explore the relationship between both our virtual and physical worlds.

The sculptures were shown at Nilufar Gallery as an exhibition called Some Vibrant Things during Milan design week. 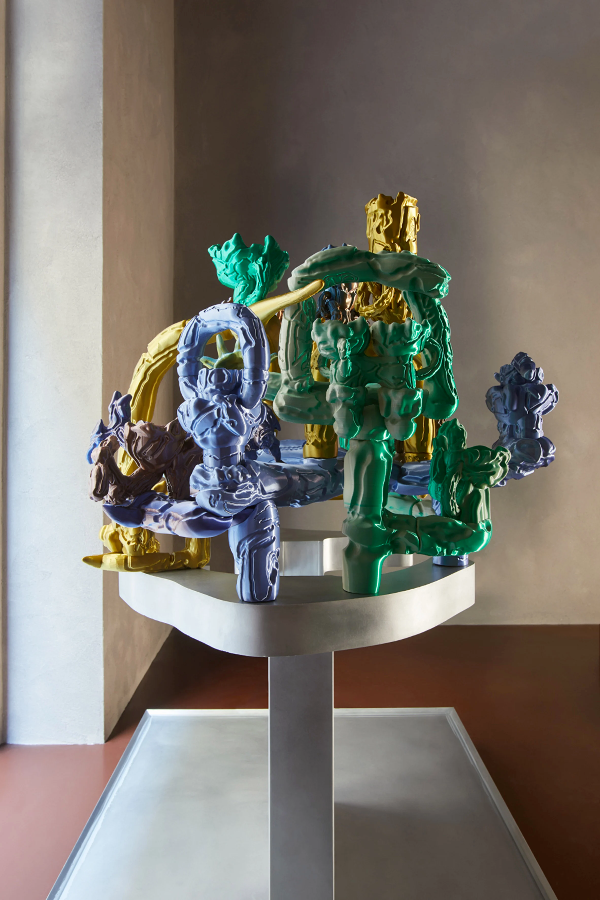 Large created the sculptures by drawing shapes by hand on a digital tablet, after which she 3D-printed the physical polylactic acid (PLA) sculptures that intend to represent 2D digital forms seen on-screen.

"I was thinking about how I could design objects as we design images," Large told Dezeen. 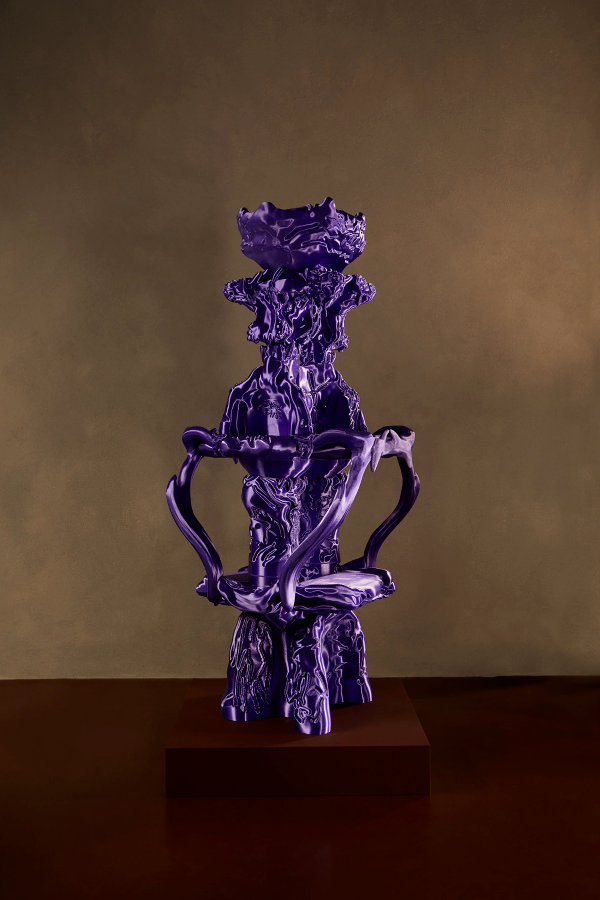 Presented in iridescent shades of bright green, yellow and purple, the sculptures are ambiguously shaped, with a liquid-looking texture that resembles molten lava.

"There is no coating or paint on the sculptures, so the colour is within the material," said the designer. 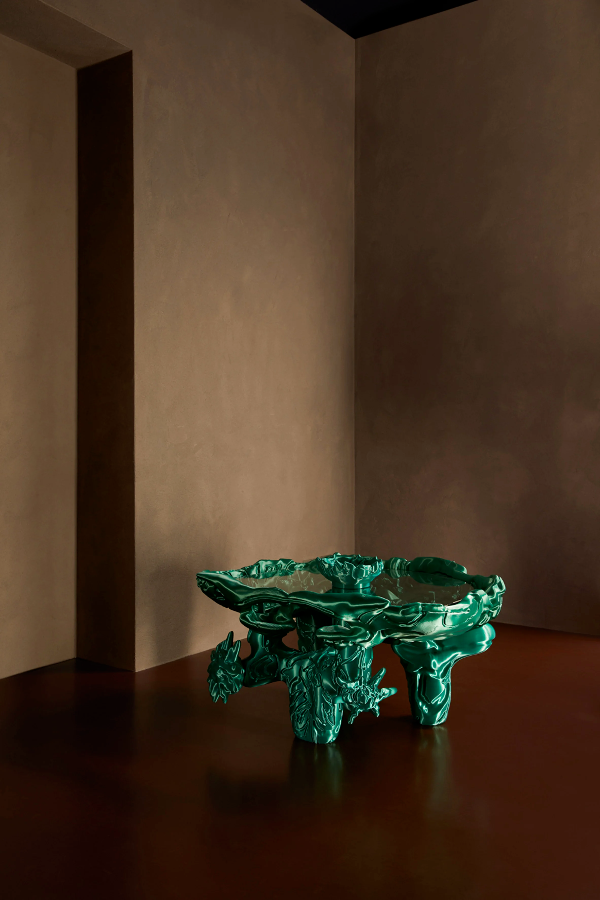 Despite being digitally rendered, Large explained that her sculptures also represent handcraft, and aim to illustrate the shifting boundary between the real and the digital.

"I would say that they are pretty much handcrafted," said Large.

"Of course the sculptures are mainly made on the computer, but their shapes are very much linked to the dynamic movements of my hands."