On May 26th, Linsy Wood Industry celebrated its fourteenth anniversary. The founder Lin Zuoyi and his senior management team officially released the corporate culture IP "Dream Magician" for the first time to promote the rejuvenation of the brand.

In the new consumption era, the young generation Z’s perception of the brand is more inclined to emotional temperature and personal communication. To cater to the aesthetics of young people, many companies deeply integrate corporate culture with the second dimension, and better interact with consumers at the same frequency. Communicate and achieve brand rejuvenation and upgrade through IP-based brand image. 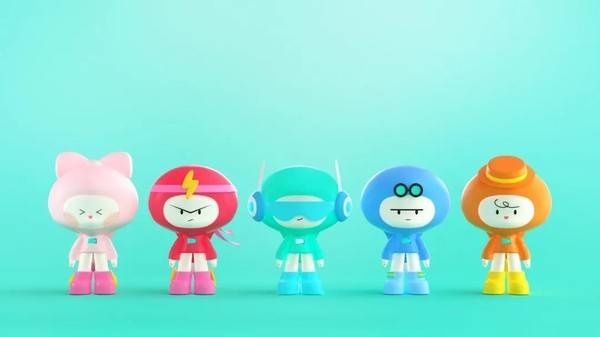 Linsy Wood Industry, which has always been committed to becoming a young fellow, officially released its corporate cultural IP "Dream Magician" for the first time on its 14th anniversary. It uses a young, fashionable, vivid and three-dimensional characterized cartoon character image with the help of multiple scenes. The way of strong interaction enhances the public's favorability of the brand, at the same time, it displays the brand connotation and corporate values, and conveys the positive energy and emotional value of the brand.

It is reported that Linsy Wood Industry’s corporate culture IP Dream Magician is composed of five personified role members, infused with the corporate values of “simple and honest, dare to know the future, self-driven, shared responsibility, and ultimate professionalism”. Sensory design endows the brand with vitality and cultural connotation.

The brave and clever Captain Lin Gangan, the cute and kind-hearted Lin Chengcheng, the combative Lin Dongdong, the intelligent and independent Lin Zhizhi, and the responsible Lin Dandan, the five roles have different image characteristics and emotional temperatures, respectively. The close friends around us are also companions, who are good at creating surprises in life and helping us inspire energy to become a better self.

As a young brand gene, the IP image is designed with lively and bright VI colors as the base color, matched with a cool, fashionable, dynamic and playful character style, giving IP a personification and worldview, and generating multi-scene emotional links with users.

The distinctive IP image interprets the connotation of brand culture from multiple dimensions, conveys positive corporate values to the outside world, and continues to radiate new brand vitality.