In recent years, while the total value of China furniture export has been rising, it is also facing the transformation worries with the changes of international trade situation.

This article is divided into two parts, which is completed jointly by Professor Xu Meiqi, a veteran observer in the industry, and Mr. Wang Mingliang, the founder and chairman of the Shanghai Sinoexpo Informa Markets International Exhibition Co., Ltd.

The United States is worried about that Chinese market accounting for more than a half of export amount of its hardwood industry, so is the China furniture industry.

As the China-US trade war intensifies, this fear becomes a painful reality: furniture Shipments declined sharply and product prices plunged. According to the Ministry of Commerce, China furniture export to the United States declined by 19% at the end of July, while overseas buyers from the United States and Canada decreased by 36% at the Shanghai International Furniture Expo. in September. 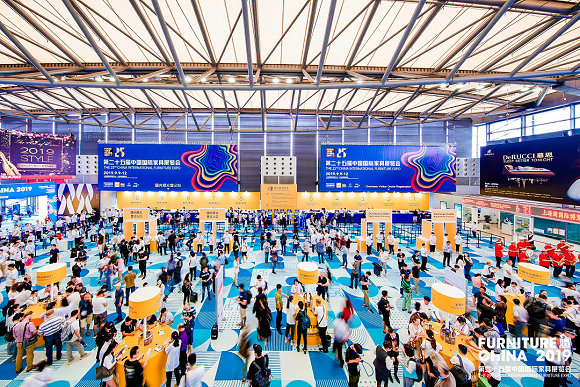 Today, the world is facing great changes in the past century, one of which is the rewriting of the economic globalization map since the 1970s into the ''2.0'' version.

It differs from the ''1.0'' version of economic globalization since 1970s in that the western countries are confronted with the public opinion and ideological trend of populism and unilateralism, which has built up barrier to the trade protectionism; The second is the volume of global trade in goods declined, while the volume of regional trade in goods increased.

Furniture export is a kind of finished goods trade, especially in the last 20 years, the main traditional markets of China furniture export are the United States, European Union and Japan, the impact will be huge under the current situation.

For the ''2.0'' version of economic globalization, China furniture export must adjust its export strategy from "consolidating traditional market and opening up the emerging market" to "moving towards a diversified international market".

The distribution of international buyers at this Furniture China. also shows this characteristic: 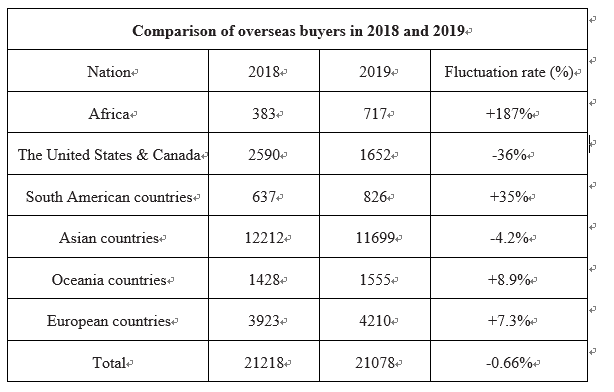 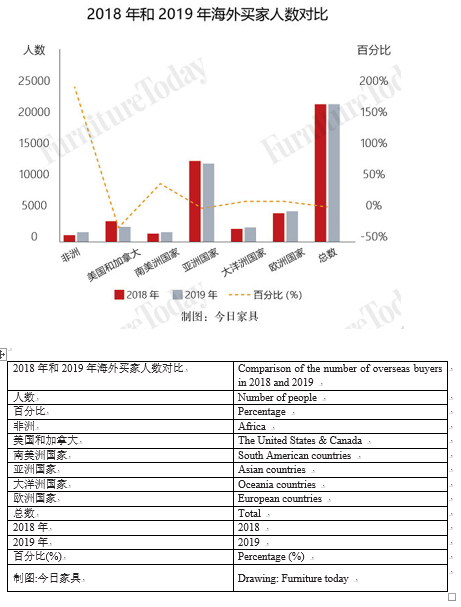 As can be seen clearly from the picture, the number of buyers in Africa, Europe, Oceania and South America is increasing rapidly, especially in Africa, which is a good momentum. China furniture export should take advantage of the opportunity to develop this diversified situation and expand the market more flat and open.

Overall, the number of international buyers has declined very little, which shows that China furniture export remain stable in the current international economic downturn, especially under the influence of the US-China trade war.

Another vigilant note is the above-mentioned issue of ''declining global trade in goods and rising regional trade in goods'': At this expo., Asian buyers have declined slightly. This shows that we have not paid enough attention to the ''regional market''.

We must not give up the existing production capacity because of the export obstruction. What is important is to change our ideas, expand the product categories, improve the product quality, open up a diversified international trade channel, and make our furniture export solider and stronger.

China International Furniture Expo (Furniture China for short) began its export-oriented journey in 2000, if memory serves, the annual export amount was only a few billion dollars, while the export amount of Italian furniture was already at the level of USD 10 billion.

In particular, the Furniture China took three years to welcome more than 2,600 overseas buyers. Since then, its export orientation has been deeply branded among exhibitors and overseas furniture buyers.

The export amount of China furniture peaked at USD 55 billion, while Italian furniture, the second largest exporter, has remained at a scale of USD 10 billion.

The following furniture export witnessed nearly 30% annual growth in 2010 and 2012, totaling USD 33.7 billion and USD 49.96 billion, respectively. The number of overseas buyers at Shanghai Furniture Expo. reached an historical high of 22,574 in 2011.

This year, the 25th Shanghai Furniture International Expo. attracted 21,078 overseas buyers, a decrease of 0.6% over last year, and the export amount of China furniture was around USD 50 billion to USD 55 billion.

The growth curve of visitor number at the Furniture China is probably one of the most precise reference index of China furniture export. 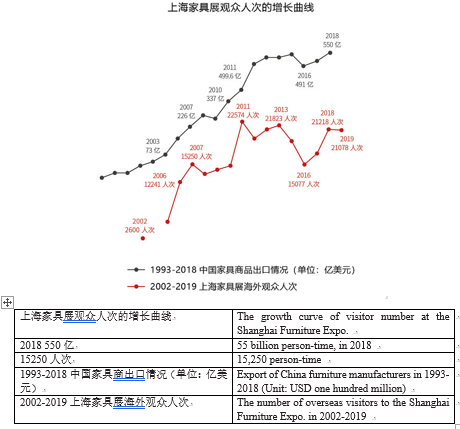